Quickly generate an expression to determine which transition classes need to pass for a single transition to be taken.

References will now display exposed properties of a custom node class assigned to their reference template.

State machine references can be dynamically created at initialization time by assigning a Dynamic Class Variable. This allows a single reference node be assigned a different state machine blueprint at run-time and can greatly simplify graphs that need to be shared across different actors.

Any State Scoping with Gameplay Tags¶

Any States now support Gameplay Tag Queries to limit their scope to states with matching tags.

The replication system has been overhauled and is now more reliable and efficient.

The details panel has been updated to display properties under their correct category now.

States can be retrieved and set by their fully qualified name. When the class type of the state machine is known, a state picker tree view will be available.

State Machines can now be initialized async. This is a multi-threaded solution to help reduce blocking operations on the game thread. See the Performance Guide's Async Initialization section for more information.

An execution function is more appropriate as this is an expensive operation that instantiates and initializes a new state machine.

The original pure method has been renamed and soft deprecated. Going forward using the execution method is the preferred solution. Uses of the old function still work and do not have to be updated.

Running the local blueprint graph can now be avoided in more situations, especially benefiting C++ nodes. When a node avoids using a blueprint graph the fast path symbol will appear.

Rather than always instantiate node instances that don't have a custom class assigned, they will instead be loaded only if programmatically accessed. This should reduce memory usage and initialization times.

Exposed properties that have only default values can optionally avoid graph evaluation at runtime by unchecking Eval Default Properties in the node class.

Several methods of switching states have been updated to occur immediately at the time of execution during the same tick. Previously they could trigger a state change on one tick, but OnStateBegin wouldn't fire until the next tick. These changes will allow more precise control over frame sensitive state changes.

The following methods now execute immediately and have had their behavior slightly updated.

It is now possible to manually configure the GUID to use for a state. This may be necessary if you have to update the structure of a state machine that has run-time save data associated with it.

Nodes can have their double click behavior customized under Editor Preferences to either open the local graph or an external graph, such as a node blueprint.

These properties are automatically renamed in blueprints. However, C++ code will give deprecation warnings until it is updated.

These properties will give warnings in blueprints and C++ until they are updated.

These properties are no longer used and will give errors or warnings until they are removed from blueprints and C++.

Preview and test your state machine in the blueprint editor while you design it.

Listen to Input Actions or Input Keys from within your state machine classes. Input events can also trigger transitions.

Variables can be made read only. They will display on the node but cannot be modified.

Variables can be made hidden. Their graphs will exist but they won't be visible on the node.

Reset variables to their default values during run-time when a state is entered or on demand. This is an experimental feature, and should be used with caution.

Change suggested and submitted by Trevor!

Multiple Transitions Between the Same States¶

On State Initialized and On State Shutdown¶

Contains file structure changes and deprecations. Make sure everyone on your project is on the same version. 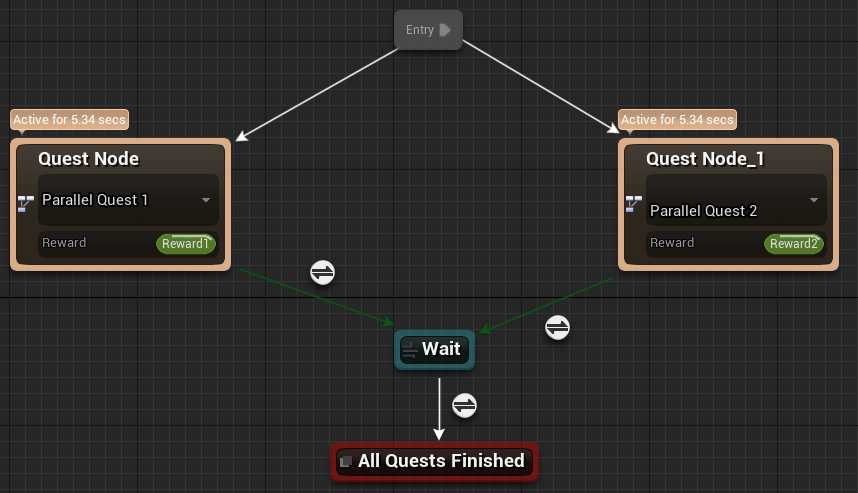 When updating it is important everyone working on the same project also updates. Assets saved on this version are not fully compatible with older versions. 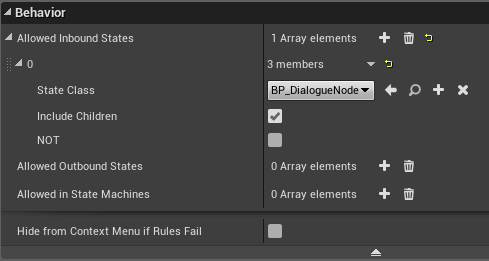 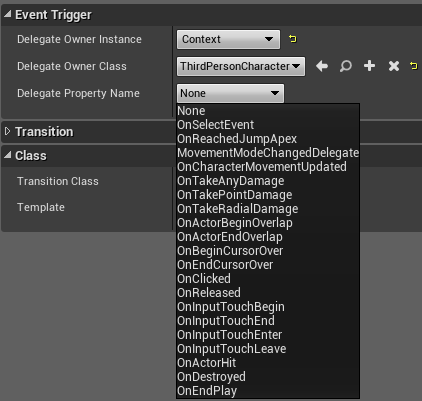 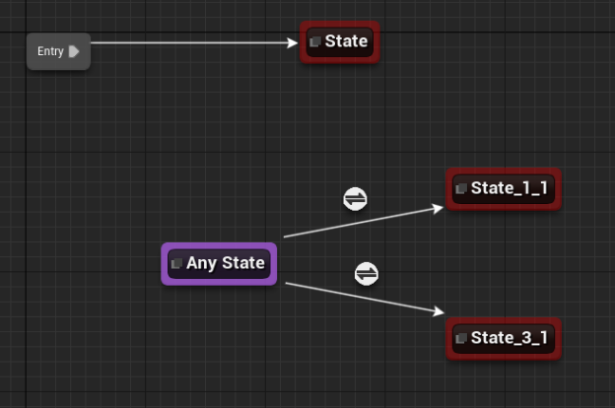